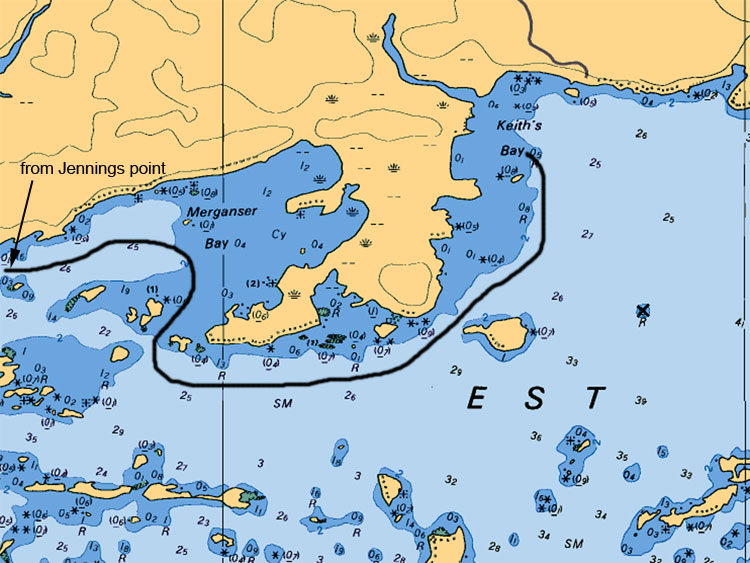 Further to the east as you leave Merganser Bay you will come up on a huge bay named Keith’s Bay. On a southwest wind this bay allows you to drift nearly a mile over various bottom configurations and species habitat. It is not uncommon on a single drift to catch a Walleye, a Northern Pike, a Bass and a few Jumbo Perches. The average depth of Keith’s Bay is anywhere from 6 to 8 feet with tons of cabbage weed patches throughout its entirety. The route to get there is somewhat tricky and must be taken very carefully. From Keith's Bay you are only a few miles away from the main Basin of Lake Nipissing.

Depth are in meters (ex 6.4 or 8 or5.2, the larger number represents main value the second represents the decimal value)

All stars or plus sign with 4 dots indicates submerges rocks

Walleye: From opening in mid May to Mid August

Northern Pike: From opening in mid May to closing mid October

Bass (largemouth and small mouth): From its opening 4th Saturday of June to mid September

Musky: From its opening in mid June to end July and Mid September to end of October

Let's breakdown the West Bay into fishing areas, describe them and tell you where and how to fish these honey holes.